The Beginner’s Guide to Press Releases

As a former journalist, I have been on the receiving end of many press releases. Now that I work in marketing, I’ve found myself on the sending side of things. What I’ve noticed in this industry is for many companies, the person writing blogs is most likely the person who will create all the press releases. But it’s important to know these two types of content are very different. Both are important, but for very different reasons — especially if you want your story to be heard within the community.

Blogs are educational, long-form content that can increase awareness, credibility, search engine rankings, and even leads. Press releases are totally different beasts, but they can boost your company’s trust and credibility, drive traffic to your website, and potentially put leads into your funnel.

In this blog, I’ll cover all the basics of a press release — what exactly is a press release, the different kinds, and helpful tips on writing one that will get picked up by a journalist or media organization. I’ve even thrown in a link to very helpful press release templates from HubSpot!

What is a Press Release?

A press release (also sometimes referred to as a “media release” or “news release”) is a piece of content that a company writes to inform members of the media about new developments. Many companies skip out on this form of marketing because they don’t have someone internally that can write a press release or they think a blog post will do the trick. Like I said before, blogs and press releases are two very different things. It’s great to have a blog, but when your company is doing something new and exciting, it’s wise to announce it in a more “official” way.

Press releases can benefit SEO by driving traffic to your website and best of all, they can put your company on Google News. Getting covered by trusted media sites and blogs can be a big boost to your company’s reputation and credibility.

Unfortunately, writing up a release isn’t going to magically get you featured on the cover of Forbes. But when done right, releases can be a powerful tool in spreading the word about the cool stuff your company is doing.

First and foremost, when it comes to press releases, you have to do something newsworthy to warrant writing one. That seems pretty obvious, but remember this: not everything your company does will interest the general public, and a press release shouldn’t be an overtly promotional or sales-centric message. You have to come up with newsworthy topics that bloggers and journalists will WANT to cover.

There isn’t a cut-and-dry formula for what a press release should include because there are several different kinds of releases. However, here are a few types that can help you carve out a focus for your release:

How to Write a Press Release

Now that you know what a press release is, why you should write one, and the different types — it’s time to actually write it. Releases have special formatting and tone that are very different from most types of content that marketers create. Here are some of the basics:

These are just some general formatting tips. Keep reading for a breakdown of each section your press release should include.

This is a big deal when it comes to press releases. Most journalists will decide whether or not to read your release 100% based on your headline. Figure out what your “hook” or “angle” is and use that in your headline. Your hook is why people should care about your press release or the news you’re announcing.

This is valuable real estate. The abstract adds detail and context to your headline — detail that might get a journalist to read the rest of your release. Keep the abstract fairly short, around 25-75 words.

The lead (sometimes spelled “lede”) is the first few lines of the release and can make or break the entire thing. You have to grab attention within the first 2-3 sentences. Your lead should be compelling right off the bat. It’s helpful to kick it off with a stat, figure, finding, new product, or event announcement. Basically, the lead should highlight the most interesting part of your press release.

The body of your press release should be fairly objective, highly informative, and formatted for easy skimming. Write lines that journalists can easily include in their story. And don’t be afraid to throw in a couple of quotes from leadership, partners, and other important stakeholders to the news or announcement.

Including multimedia isn’t required, but it is very nice, especially for journalists. It often means they don’t have to go searching for visuals or imagery. Including screenshots, photos, headshots, logos, diagrams, and even videos can help to make your release stand out from all the others.

A boilerplate is a short summary of your company at the bottom of a press release. It helps provide journalists with context on your company and some history they might include in their story. This is also a great place to include links to your website and social media.

🔎 If you’re more of a visual learner or need a good starting place, HubSpot has several great press release templates available for download. Check them out here!

Once you’ve finished putting together your press release, make sure to have at least one other person review it before sending it off. Unlike blog posts or other website content, you can’t easily go back and make corrections to a press release once it's live and the story has been picked up. You want to make sure the content is accurate before it hits any inbox.

I also suggest sharing your press releases on your company’s website under a “News” or “Company Updates” section (or category on your blog). Occasionally, journalists will check websites for more information, so make sure they can find it. And it’s important to remember that your press releases are content you can repurpose, so it’s helpful to have links to include on social media or in newsletters.

Getting Your Press Release Picked Up

The hardest part about a press release is not the writing process, it’s the distribution. The whole point is to get it picked up by a journalist or media organization.

My number one tip for getting a press release picked up is to reach out to SPECIFIC journalists. Find the people who report on your industry and send them personalized messages that connect the dots for them. Show a journalist why what you wrote in the press release connects to what they typically write about.

Another tip to getting press releases picked up is to check your timing. You may want to email a journalist first thing Monday morning, but so does everyone else. Don’t send your release during “high-traffic times” or you’ll be competing for space in the inbox. I recommend sending press releases on Tuesdays, Wednesdays, and Thursdays. Avoid Fridays, unless you don’t mind weekend coverage.

I also recommend following up. This is important in case your press release was missed — but don’t be pesky. Wait a couple of days, or even a full week, before sending a second email. If you haven’t heard back from the journalist, I wouldn’t suggest sending a third. If they aren’t interested in covering your story, you don’t want to bother them and end up in their spam folder.

►Related Article: Should You Pay for a PR Firm?

Personally, I like to include in my emails that leadership or other individuals involved or mentioned in the press release are available for interviews. Make sure they are and that you can help to set that up if a journalist indicates that they’re interested. This helps in building a relationship with journalists and media sources, which is really useful in getting coverage.

Share their stories and praise them publicly, even when your company isn’t involved. Make sure to be genuine and not self-serving, because good karma always comes back around. When your next big story breaks, a journalist that you’ve nurtured a relationship with is more likely to pick it up.

Finally, share your media coverage! Tag the publication and the journalist when possible. Make sure your employees share the coverage and engage with the content to increase its number of views, shares, comments, and overall reach. Plus, like I mentioned earlier, it’s okay to brag a little! Proudly share the accomplishments and updates of your company, especially when they make it into the news.

Follow 1 Bold Step on our blog to learn more about different marketing strategies and how to target and nurture your audience with quality content. 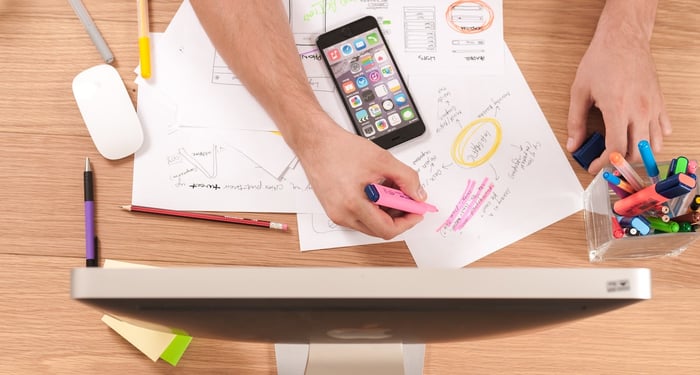 Strategy vs. Tactics: The Difference and How They Work Together

by Bryn Cavanaugh | Oct 18, 2022 8:11:54 AM | Marketing Operations and Execution, Strategy
You have goals for your business and are ready to amp up your marketing to reach those goals. So, you begin posting on social media, curating newsletters, and maybe even redesigning your ... 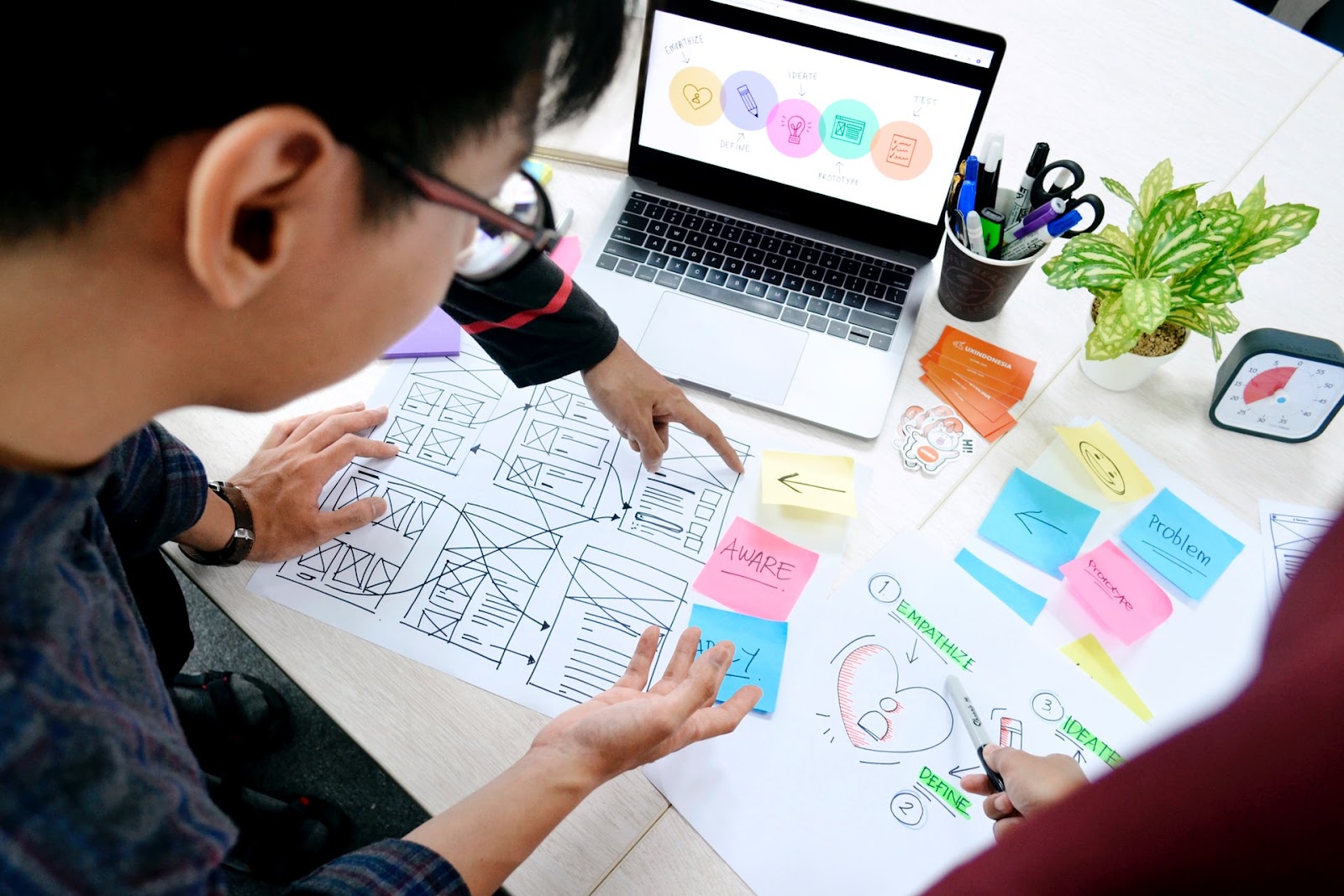 by Rob Costie | Sep 20, 2022 10:50:22 AM | Sales and Marketing Alignment, Marketing Operations and Execution, Technology
Your company has invested in a marketing automation platform. It has all the bells and whistles and your marketing team in particular loves how so many of their tasks can now be automated. ... 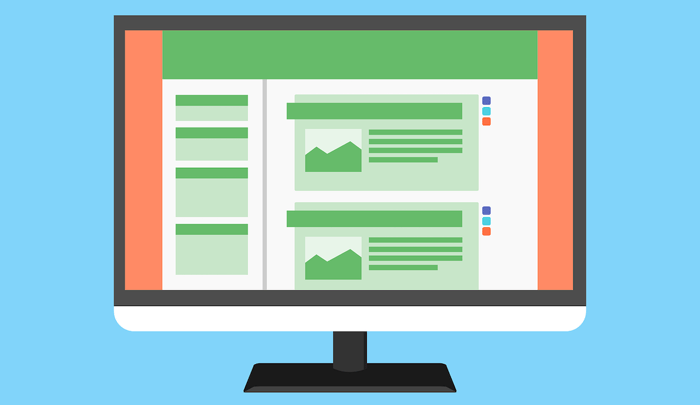 Blogging: An Essential Component of Your Marketing Strategy

by Tom Slager | Aug 22, 2022 8:32:00 AM | Marketing Operations and Execution
One of the most amazing things about the modern world is the quantity of information at our fingertips through the Internet. Today, anyone with a connection can research just about anything ...

At 1 Bold Step we believe that everything can be more efficient, but especially marketing. Acting as an extension of a client’s marketing department (onsite or virtually), we help create systems, order, and accountability. With a focus on increasing sales and proving return on marketing investment, we’re determined to change marketing from overhead to value add.

Subscribe to our blog updates so you don’t miss out on any of our marketing tips!

Your email address will not be published. Required fields are marked *